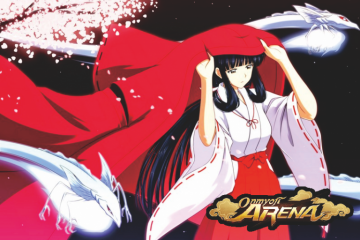 After collaborating a few months ago with one of the Inuyasha anime that was quite popular in the 2000s. The collaboration presents 2 main characters of the anime, Inuyasha and Sheshomaru. Both of these characters are very OP in the game, so the onmyoji arena players often ban the two heroes in ranked matches. Well, the unique thing is, this Onmyoji arena will collaborate with the same anime for the 3rd time, and produce one of the female protagonists in this game.

This Crossover event will soon be launched by NetEase in the near future, so you can use Kikyo as one of the marksman in the Onmyoji Arena game. It is reported that Kikyo will be a limited event character. So if you want to get Kikyo, then you have to take part in the event.

Kikyo himself is a manga character created by Rumiko Takahashi, who tells of a high school girl named Kagome, who had to be thrown into the Sengoku era after falling into a well. Of course this is a good news for Inuyasha fans because through this Onmyoji Arena game they can reminisce with the anime that has been played on this Indonesian self-service TV station. Duuuh can’t wait to see Kikyo in action !!