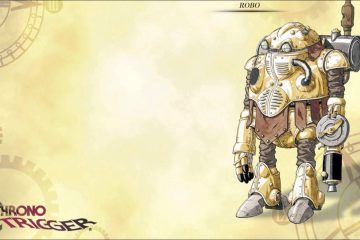 Character is the most crucial factor in the game. With good character, the game can be a good game too, for example Sonic, Mario, Zelda and many more. With a good character and story, the game itself can be more fun to play.

For make it more real, developer use the myth or familiar story to make this character more realistic. There is so many game who make his main character dead in the beginning. But with this thing, the developer can drag gamers drown to the story. This three heroes already dead when you play them, curious?

First is Robo from Chrono Trigger game. Robo is very popular character in this game. He is so usefull and have so many power to help the other teammates. He also be the most powerfull hero in this game instead of the other one. But Robo already dead since beginning. You will know this story after you finish the game. Back in time, he is a soldier who help Belthasar.

Second one is Mercy from Overwatch. This hero is specialization in support. She can heal teammates with her skill. But many people said that Mercy already dead from beginning, but she drink a magic potion so she can live again.

The third one is Chell from Portal 2. Chell is the protagonist from series 2. But there is a secret, if you don’t know, Chell is already dead ! After run from secret facility, you will find Chell, but Chell can’t move and just standing inside the cube.