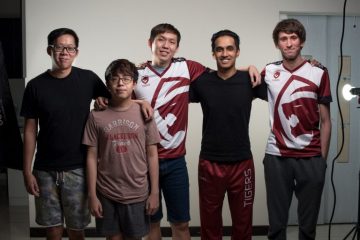 Since the departure of InYourDream and Ahjit; The Dota 2 Tigers e-sport team that won Dream League Season 10, rushed to find a replacement for both of them. They decided to recruit 2 veteran Dota 2 players namely; Mushi and Dendi. The Tigers include a new team for corn, but have made their names in the Dota 2 tournament. Hoping that the entry of these two seasoned players will be able to shine.

As they announced to Tigers Fanspage on Facebook on January 20th. The official Tigers recruited Mushi, a veteran player who had so much experience in the Dota tournament 2. Filled in the carry position vacancies left by Ahjit, and undoubtedly Mushi was able to become a powerful substitute for the Tigers team.

And within 2 days, the Tigers also recruited players who had very mature experiences, Dendi. Danil “Dendi” Ishutin, who won the First International. To fill the vacancy in the mid position left by InYourDream. This very friendly player officially joined Tiger on January 22 yesterday.

The Tigers hoped that both Mushi and Dendi players who had been rivals for a long time and had a mountain of experience, were able to become new movers who could bring the Tigers to compete with other teams, continue to grow and win even bigger tournaments.