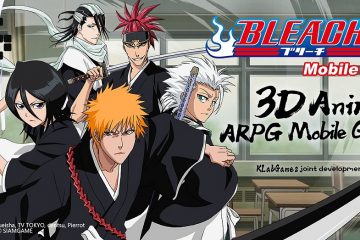 Who doesn’t know Bleach anime. One of the 3 anime legends of the past has gotten an adaptation of its newest game on Mobile, called Bleach Mobile 3D. The latest game from Siamgame Play has now opened its pre-registration period on the App Store and Google Play.

Follow Ichigo’s adventures in the anime Bleach, where you will enter the world of the anime. With 3D design and 360 rotation angle views, you can explore the Human World, Soul Society, and Hueco Mundo according to your imagination. Unique locations such as the Urahara grocery store, and Las Noches you can explore.

Cool Right, Siamgames also presents the same voice actor as the anime. Besides Ichigo, Rukia, and his friends, Bleach Mobile 3D will also present all of the Squad from the Gotei 13 and their enemies such as the Hollow, Aizen Sosuke, Arrancar, and of course the Espada.

Complete the mission given to you to unlock other features in the game, and fight other players in the Real Time PVP mode found in the game! Interested in playing the Bleach Mobile 3D game? Immediately pre-register the game now and get an attractive prize when the game is released.