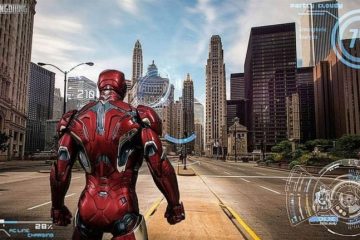 The superhero adaptation game has experienced ups and downs, although some of them can indeed perform brilliantly, call it Marvel Spiderman of Insomniac, Injustice owned by NetherRealm Studios, and of course Rocksteady’s Arkham Batman.

In 2019 this is actually a bit promising with the presence of Square Enix’s Avengers who unfortunately still do not have any development of information until now and Rocksteady is actually going to announce their new superhero game project, but unfortunately there is no development.

In the midst of uncertainty about the account UbiCentral reportedly asked questions via his Twitter account “If Ubisoft has the opportunity, which Marvel / DC character would you like to make the game for?” Assassin’s Creed Director Origin – Ashraf Ismail gave a signal that he wanted to make an adaptation game from Iron Man .

This is indeed just a short answer which certainly has no certainty. But of course we can hope that from Ashraf’s actions that have succeeded in making one of the best series of Assassin Creed through Origins can pour his vision and creativity in bringing the iron man into an open world video game.