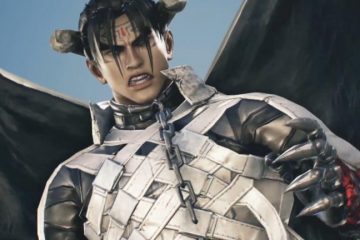 Starting from the arcade game in 1994, the Tekken series is now one of the biggest fighting games that are still loved by the fans. Almost all generations who know about fighting video games, can’t possibly not know him. The success of the game which also introduces martial arts from around the world is certainly not free from the cold hands of its producer, Katsuhiro Harada. Now, he must continue his hard work and dedication to the next generation.

Through his Twitter, Harada said that he is now no longer serving as a producer of the Tekken franchise and being a General Producer of all of Bandai Namco’s main IPs including Ace Combat, Soul Calibur, to Tales of. He will also continue to work as an eSports Strategy Leader.

The torch that Harada brings, he surrenders to Michael Murray, who is now responsible for merchandise and all things related to the game that Harada has produced for those 25 years. Congratulations!

Tekken is currently entering the seventh series and the last series which is Harada Producer. Of course it would be very interesting to see the development of the sequel series without the presence of Harada as the main producer of the game.

Keep up with the development of Tekken and Bandai Namco so that you continue to get the latest information from both of them.