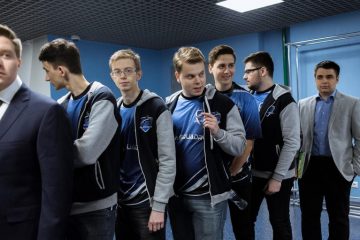 2019 seems to be the most interesting year for the LCL Spring 2019. LCL itself is the highest League of Legends League in Russia. In 2019 there are 8 teams competing for the title and ticket to MSI 2019 in Vietnam next May.

If previously there was an esport team filled by five female players in it, the Vaevictis eSports team. Now the record is back in the tournament. The fastest GG Call in 2019 was resolved during the match between Vega Squadron against Vaevictis eSports. In just 13 minutes Vaevictis eSports had to give up and acknowledge the superiority of its opponents.

Starting in the pick and tire championship phase, it has been seen that Vega Squadron trust himself will win the battle. This was marked by the composition of the champions chosen by Vega Squadron, who looked down on their opponents. Sure enough, starting from the beginning of the game until the end of the game Vega Squadron dominated the match. Even Vaevictis eSports was only given a kill score of 7 kills. Inversely proportional to Vega Squadron who has received 17 kill in 13 minutes of matches.

The strength of the LCL Spring 2019 participating team does look very lame. Big teams like Vega Squadron, Elements Pro Gaming, and Gambit Esport are too strong compared to other teams. They often bully small teams who also compete in the event.

Currently Vega Squadron is positioned in the LCL Spring Split 2019 temporary standings with 7-2 points. They are one point adrift with Elements Pro Gaming at the top of the standings. Meanwhile Vaevictis eSports is still in the position of caretaker without a single victory in nine matches. Will they be able to escape the relegation zone at the end of the 2019 LCL Spring Split competition? Let’s wait for their struggle.