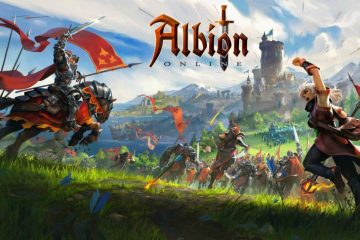 Although not many of you might know, this game basically wants to be one of the pioneers of the extent to which the online sandbox game can be explored more immersively. Named Albion Online, the game made by Sandbox Interactive wants to invite its players to try out an experience as an individual who has to take care of a lot of things in order to survive or achieve a goal until the status is truly proud.

It has long been present since last July 2017, Albion Online was originally deliberately presented as a game that requires you to pay first before playing it. However, in 2019, Sandbox Interactive would like to try something new by opening the access of this game openly to all levels of gamers.

Officially becoming Free to play right on April 10, you will all have the opportunity to take part in fertilizing the world of Albion Online. In this game, you will be ready to act as an individual who is not only responsible for fighting and crafting your best weapon, you are truly given the freedom to live in a medieval fantasy world with a picture of civilization or a story that you can build yourself.

Whether it’s about fighting, adventuring, doing business, farming to building a residence are things that you will often encounter in Albion Online. If interested, without lingering you can immediately immediately enjoy and start downloading this game on the official site or on the Steam platform.