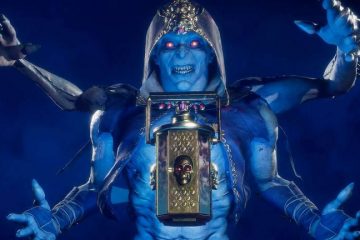 After the new character Mortal Kombat 11 named Cetrion appears before your eyes, the Netherrealm seems to immediately want to hurry back in presenting another character who is also no less new.

By looking like a non-human character through the four hands he has, at a glance this character can remind you of Goro. However, Netherrealms wants to give a quite different touch of concept to the figure who has the name Kollector.

In the trailer, Kollector looks like a thief. He used a lot of tools or weapons that were stored in his back pack to fight. In the description Netherrealm has leaked about this character, it is told that Kollector was a “lackeys” in an Outworld kingdom. He is also indeed known to be very capitalist or merciful in devoting his services there.

With fatality scenes that are a bit similar to Mileena’s fatality at Mortal Kombat X, Kollector’s unique action on Mortal Kombat 11 will soon be available on April 23 on the PC (Steam), PS4, Xbox One and Switch platforms.